The lord of the castle is “Maeda Toshiie”
“Toshie” is the king of Kanazawa.
In the northern country, a very large castle.
That is Kanazawa Castle.

1583.
The Japanese king was Toyotomi Hideyoshi.
Under the orders of Hideyoshi, Toshiie became the king of Kanazawa here.
Now it’s a snowy country, it’s rural.
However.
At that time Kanazawa was the third largest city in Japan.
500 years from that.
Kanazawa also opened the Shinkansen, and I hope to see it again as a representative tourist city centered around Kanazawa Castle.

③What is the highlight of Kanazawa Castle?

③What is the highlight of Kanazawa Castle?

Connect Kenrokuen and Kanazawa Castle.
It was a back gate called “Karametemon.”
It has a complex structure called “masugata”.
When the enemy enters, it has the purpose of slowing down the momentum.
Lead is used for roof tiles that look white.
It is also said that it was a device for melting and converting it into a shell.
③-2 Hashizumemon Continued

Building technology that does not use nails or bolts.
Used as a warehouse for storing weapons etc.
And in an emergency, it also has the role of a castle wall.

Stone used in Ishigaki of Kanazawa Castle.
It uses “Tomuroishi” from “Tomuroyama”.
“Tomuroshi” is a mountain 8 kilometers east.
There are two types of “Tomuroshi”.
Reddish stone “Akattoro”
Blueish stone “Aotomo”
The recent restoration work was also reproduced using “Tomuroishi”.
Far infrared rays are emitted from “Tomuroshi”.
Bread, bed, other
In Kanazawa, there are many products that use that effect.

④-2 Cherry blossom viewing of Kanazawa Castle “Sakura”
It is the beginning of April.

Hoenji Temple / Temple of the King 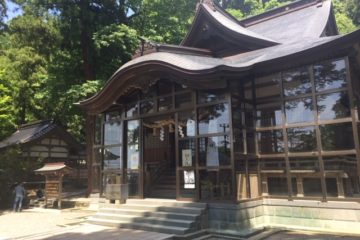 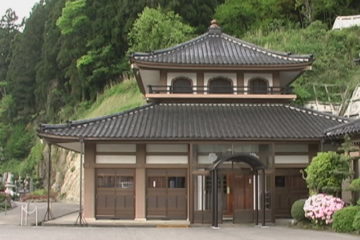 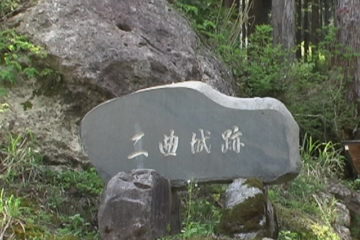